The gaming industry has come a long way since its inception, with more players coming into the picture every day. If you are looking for a game development company from which you can get inspiration, the following choices will impress you. The rankings are according to the number of games behind the companies as well as the unique features in play coupled with the existing players. Have a look:

This company focuses on the use of well-balanced tech skills in the making of game experiences that continue to thrill users across the globe. The services are available across various platforms including VR, AR, console, mobile and PC devices.

The thing, which users like most about this company, is that the development in place is state-of-the-art. Additionally, there are specific gaming engines such as Unreal Engine as well as a game cost calculator.

Though quite young in the industry, this European company is rising at a fast rate, owing to its unique features. It specializes in the development of mobile games which are also available on consoles. In addition to the creation of games, the company also focuses on the making of entertainment apps through the use of gamification elements.

It makes use of Swift and Unity in neural networks, machine learning, and cloud services. 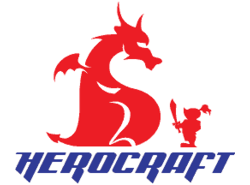 This Russian video game developer has headquarters in Kaliningrad as well as branches in other parts of the country. The good thing about it is that the products are available for iOS, Android and Windows phone as well as on other platforms, including social networks. It also supports legacy platforms, thus making it quite versatile.

Distribution of the games is available in 15 languages worldwide. This developer’s products are so good that Google Play currently ranks HeroCraft as a top developer. Presently, the developer has over one hundred games and the impressive thing about them is that they fall under various categories. Whether you are looking for a simple experience that does not require much focus or you are in the mood for something that will blow your mind away, the developer has something that will amaze you.

The games get published in two ways. In the first method, they are under the original intellectual property rights. In the other, they come with branded licenses.

This company specializes in the creation of mobile apps as well as social games. It has witnessed a growth spurt in users ever since 2010, and it now boasts of millions of people who love its products. Statistics currently show that more than nine hundred thousand people play its game each day. There are so many developers across the globe that would love to show such stats and are unable to do so as they cannot match the features illustrated in Playkot’s products.

The services are available across an array of platforms including desktop apps, mobile and web browsers. 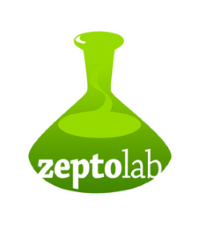 Many people recognize this company as being the force behind the Cut the Rope series. At present, this game features more than four hundred million downloads, with the numbers soaring as time goes. You can play it on a variety of platforms including Nintendo 3DS, Windows Phone, OSX and HTML5 Internet browsers, amongst others.

Thanks to the popularity of the game, the company announced merchandising partnerships as well as licensing of the same, including the use of Om Nom, a favorite character in the series. You should note that the company is yet to receive external funding in the creation of their games and that it also owns a publishing division. 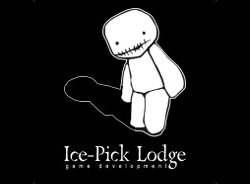 This company came to be in 2002 and has since released five games which have been huge successes. They are Knock-Knock, Pathologic, Tension and the Void, Cargo and The Quest for Gravity. Their games are unique owing to their variety. The team works on the creation such that the games not only entertain the players but they also provide some form of education, thus making users better than they were when they first started playing the game.

The best genre in their games is survival. Here, the players face different challenges, and it is up to them to find something in the game that can get them out of the fix. If you are looking to challenge yourself, you should try one of their games and see how it goes.

These are some of the best console games developers on the market at present. Which one appeals to you most?

Would you like to study a programming language but can’t quite make up your mind on what’s the best option for you?Read More

Have you ever wondered what makes one a PC game developer as opposed to another kind of developer? Read More

Without casino software developers in the picture, the online gaming industry would be nowhere close to where it is today. Read More